Fentanyl and Carfentanil, Dealing with the Most Deadly Synthetic Opioids

Fentanyl and Carfentanil, Dealing with the Most Deadly Synthetic Opioids 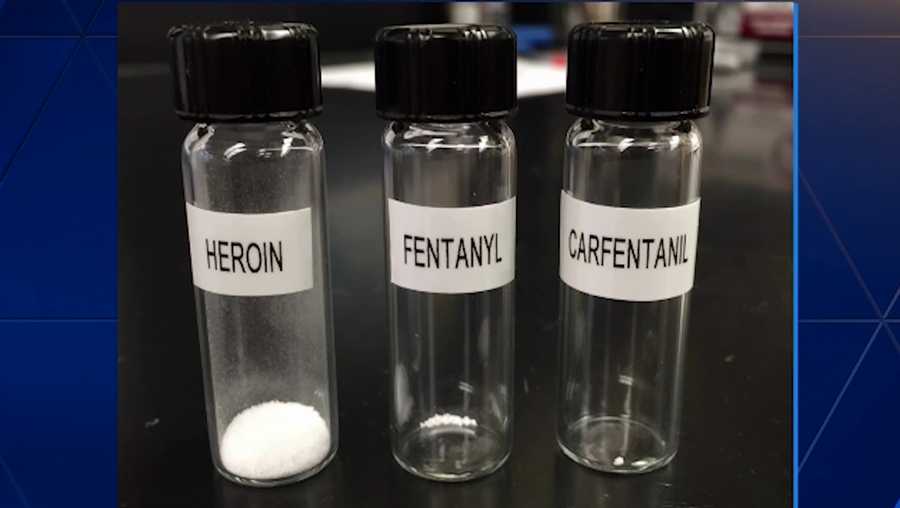 Officers and paramedics are increasingly coming in contact with potent synthetic opioids that can be dangerous and deadly, a troubling side effect of the United States' opioid crisis.

Even very small amounts of drugs such as carfentanil and fentanyl, which investigators are finding in powder form or laced into other drugs, can be lethal. Although DEA does not keep data quantifying the problem, first responders handling evidence or helping overdose victims are more frequently reporting breathing problems, dizziness and even loss of consciousness, acting Administrator Chuck Rosenberg said. It is so dire that DEA on Tuesday issued new guidance to officers and emergency responders, urging them to use caution even during routine calls.

"If you don't know what it is, assume there's something in it that will kill you," Rosenberg said.

In Bel Air, Maryland, last month, a deputy called to investigate a suspected overdose became dizzy and overdosed himself. A paramedic who administered him the life-saving overdose antidote Narcan soon started feeling sick as well and sought treatment.

In Ohio, an officer overdosed in a police station after using his bare hand to brush off a trace of white powder left from a drug scene. Even police dogs whose job it is to sniff out narcotics are suffering overdoses after ingesting fentanyl, and some handlers are carrying antidotes to save them. (Picture and Excerpt from article written by Sadie Gurman, Associated Press, Read complete article here)

So how do you deal with a scene contaminated by either of these synthetic opioids? You don't! You call Bio-One of Santa Clarita. We have chemicals that were originally developed by the US Navy to decontaminate battleships if they were ever attacked by biological weapons, all the way up to VX gas. Yes, that's correct. Bio-One can even handle biological warfare cleanup!

This is not something that can be handled by an amateur with a bottle of bleach and a plucky attitude who calls himself a crime scene cleaner. This has to be handled by professionals who have the proper equipment, ppe, chemicals, and proper way to decontaminate after the cleaning is done.